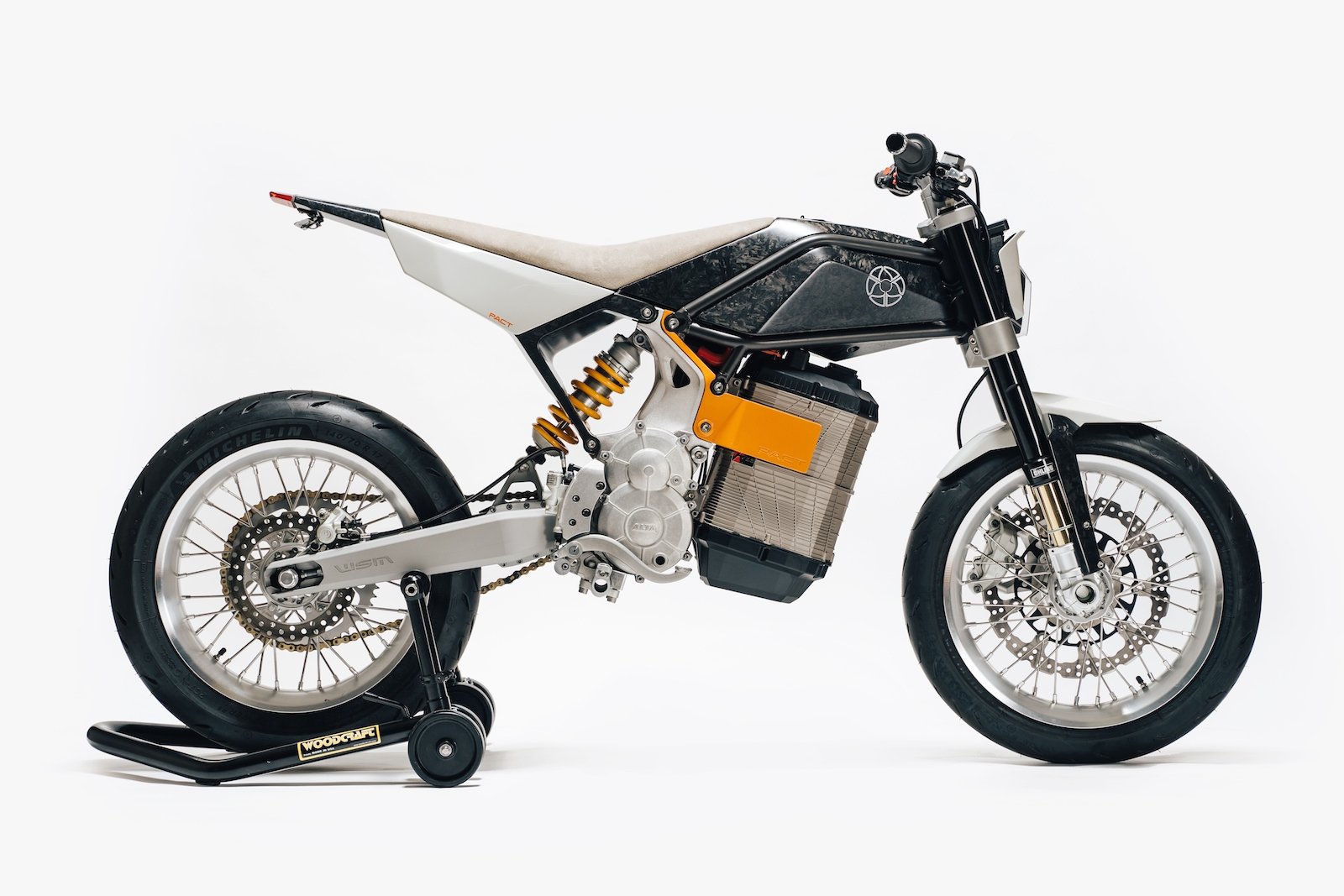 Designed — in collaboration with industrial designer, Mike Mayberry — as an urban Enduro, the WSM PACT is agile in the inner city and powerful enough to hold momentum on open roads, track or gravel, depending on tire choice.

The design aesthetic of the PACT resists the impulse to create novelty, but seeks to be honest, user-friendly, and durable, while using as few components as possible. 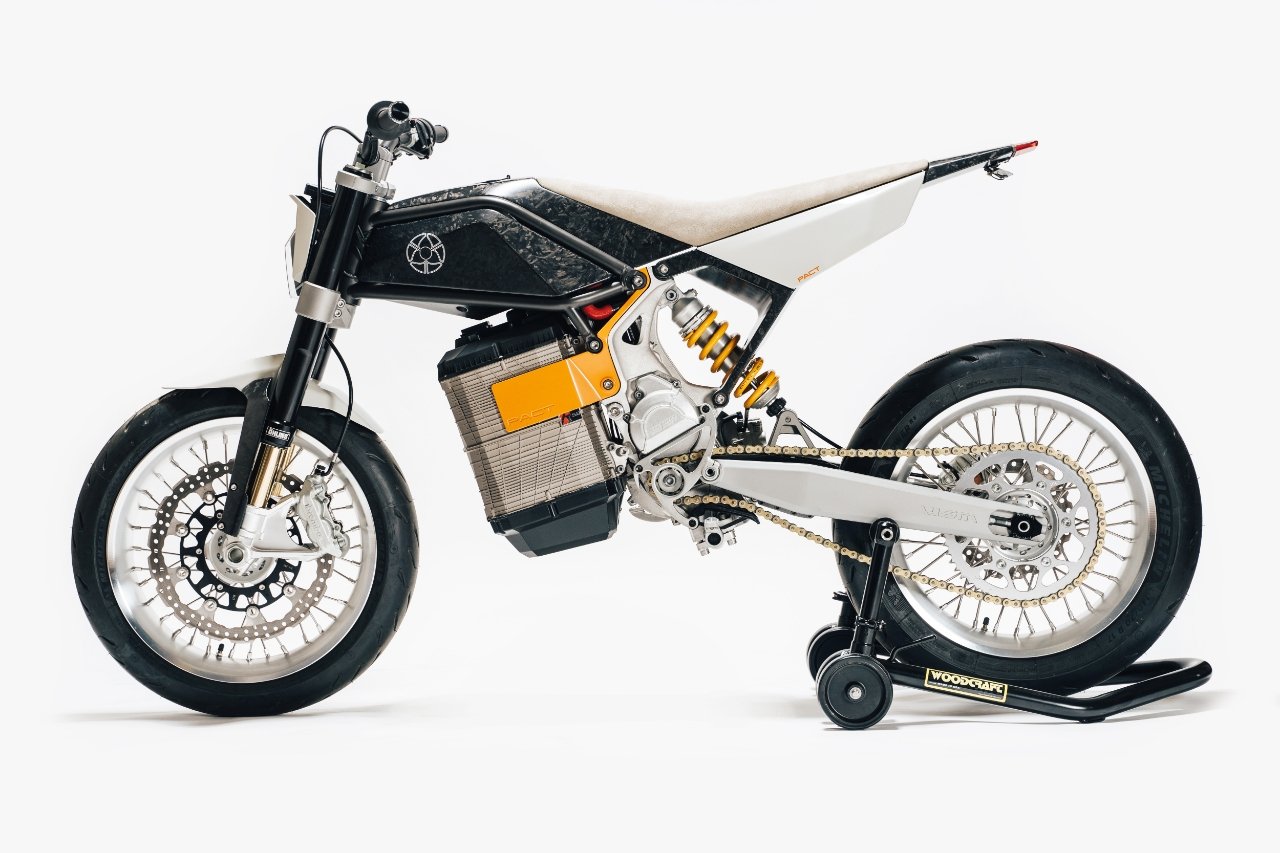 Walt Siegl stuns with an electric PACT. [He] has once again added a chapter to his ongoing book, entitled “two-wheeled perfection.”
— Asphalt & Rubber

This Custom Alta Is The Future Of Electric Motorcycles
— Ride Apart

There is no better urban commuting bike I have ridden.
— PACT owner

The PACT is a limited series of 8 motorcycles only, built to order in the WSM workshop to each client’s specs and terrain preferences. 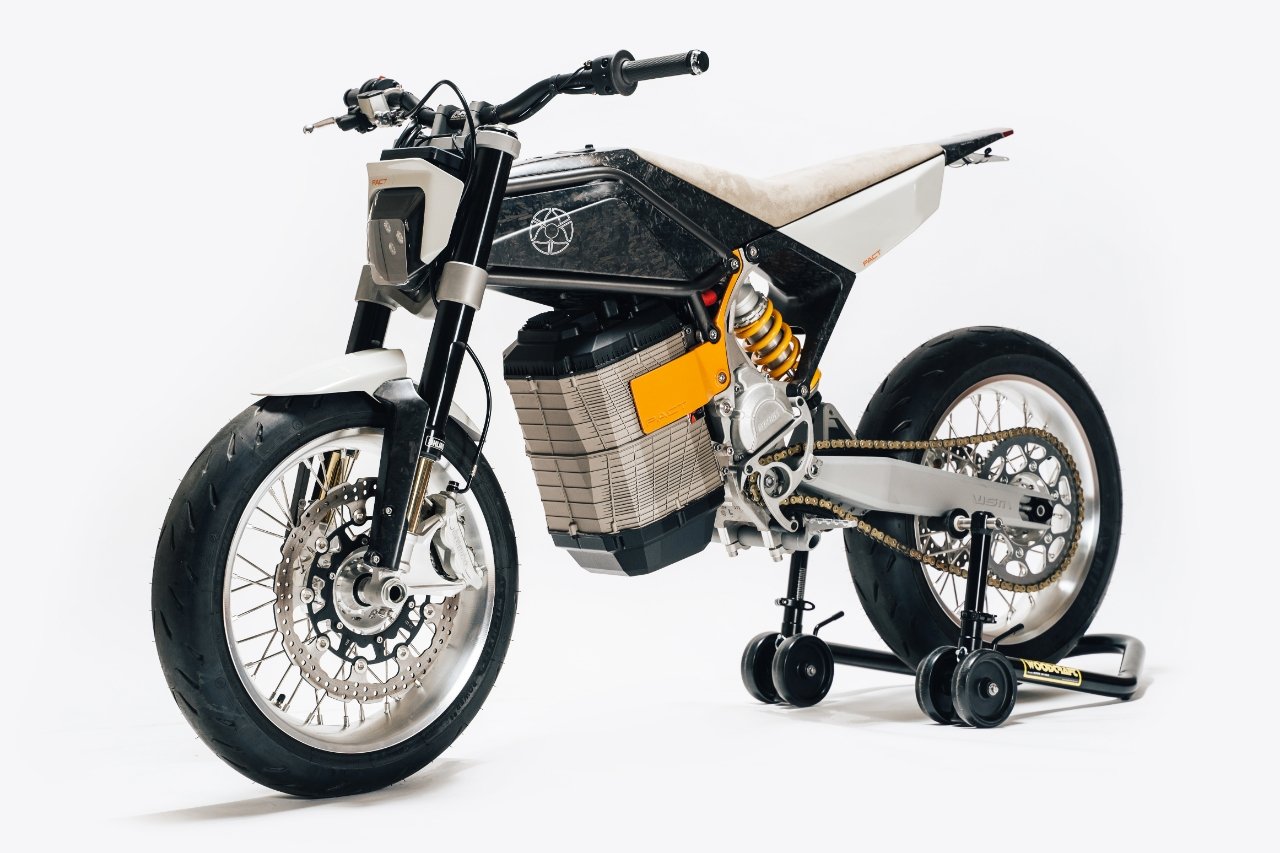 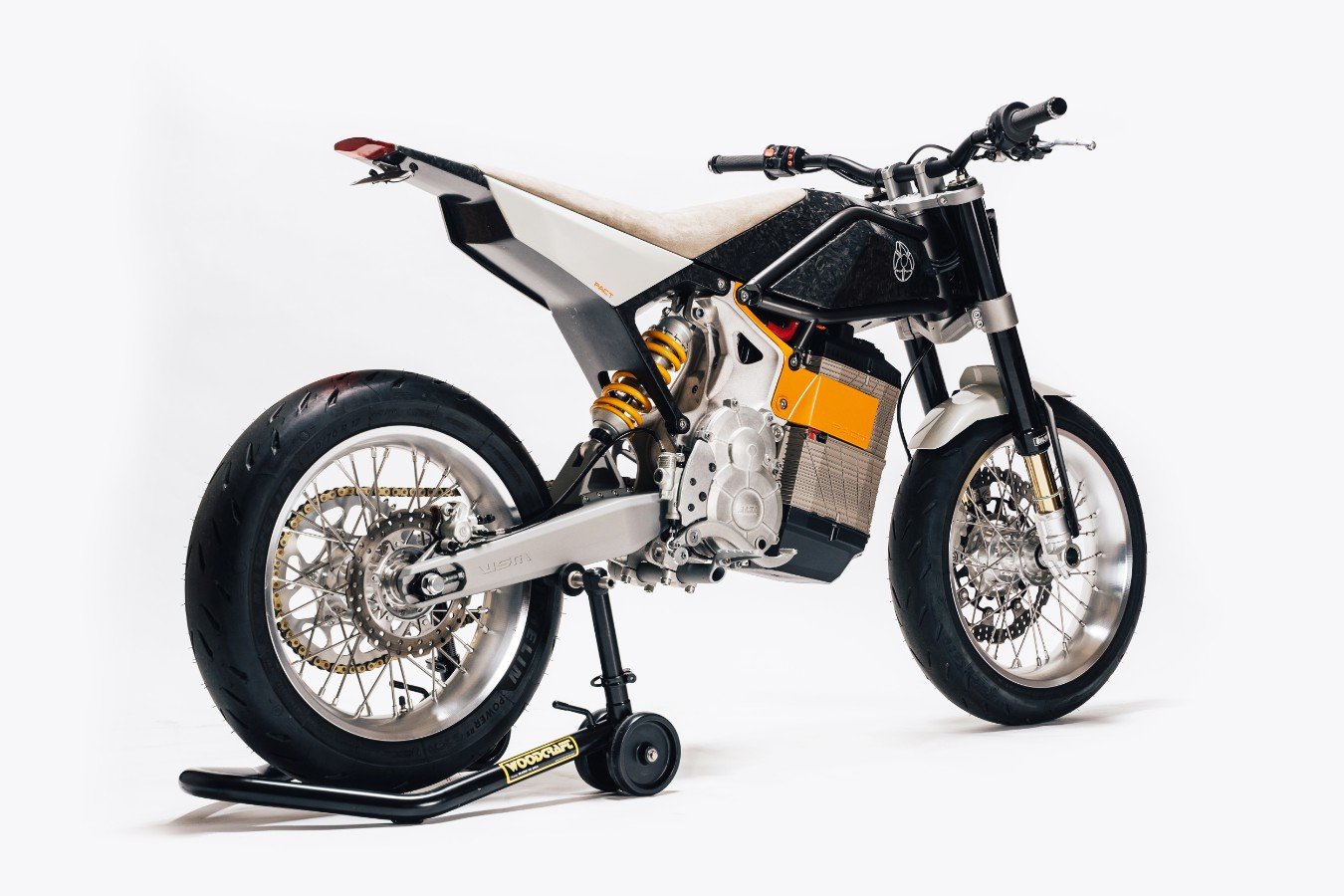 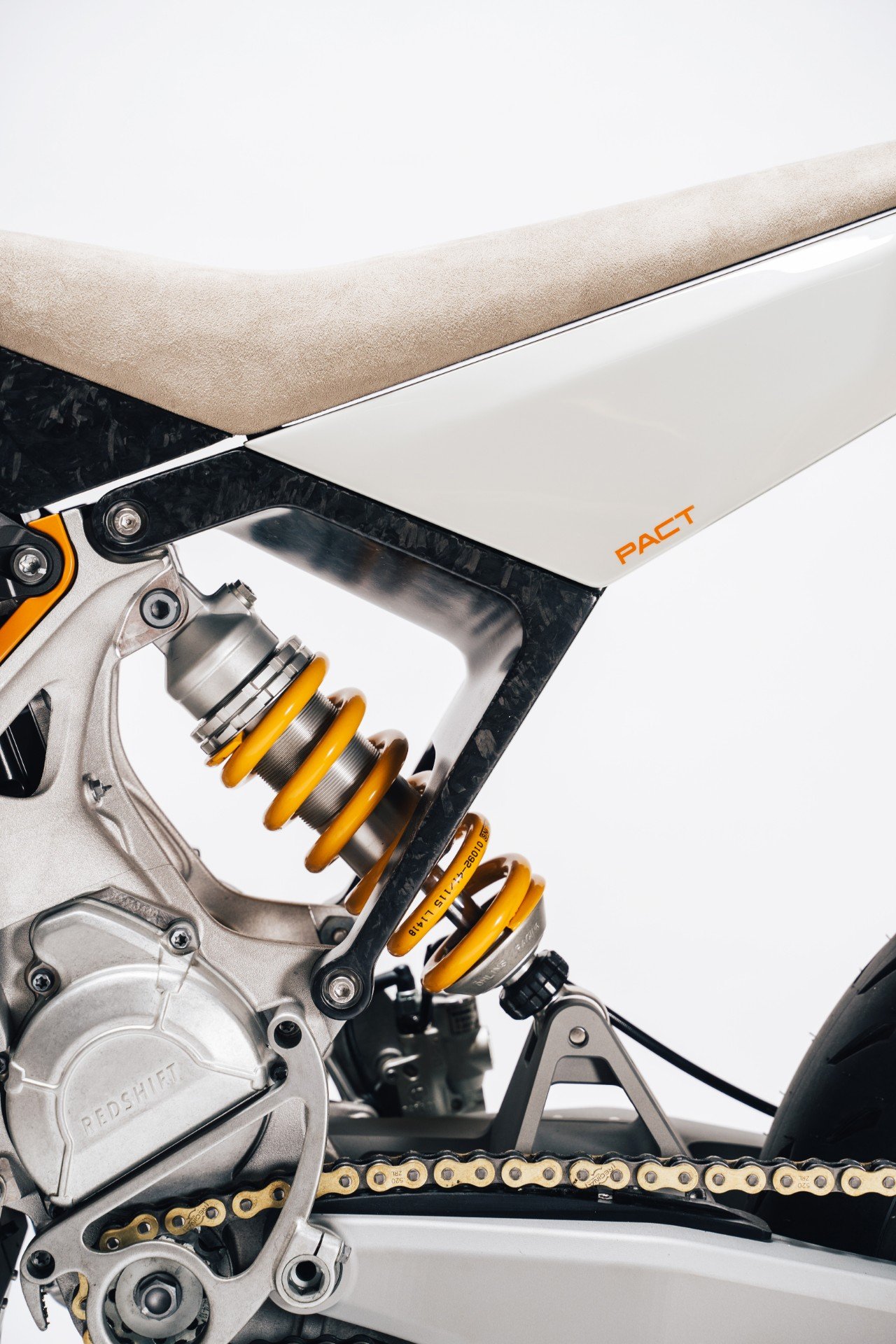 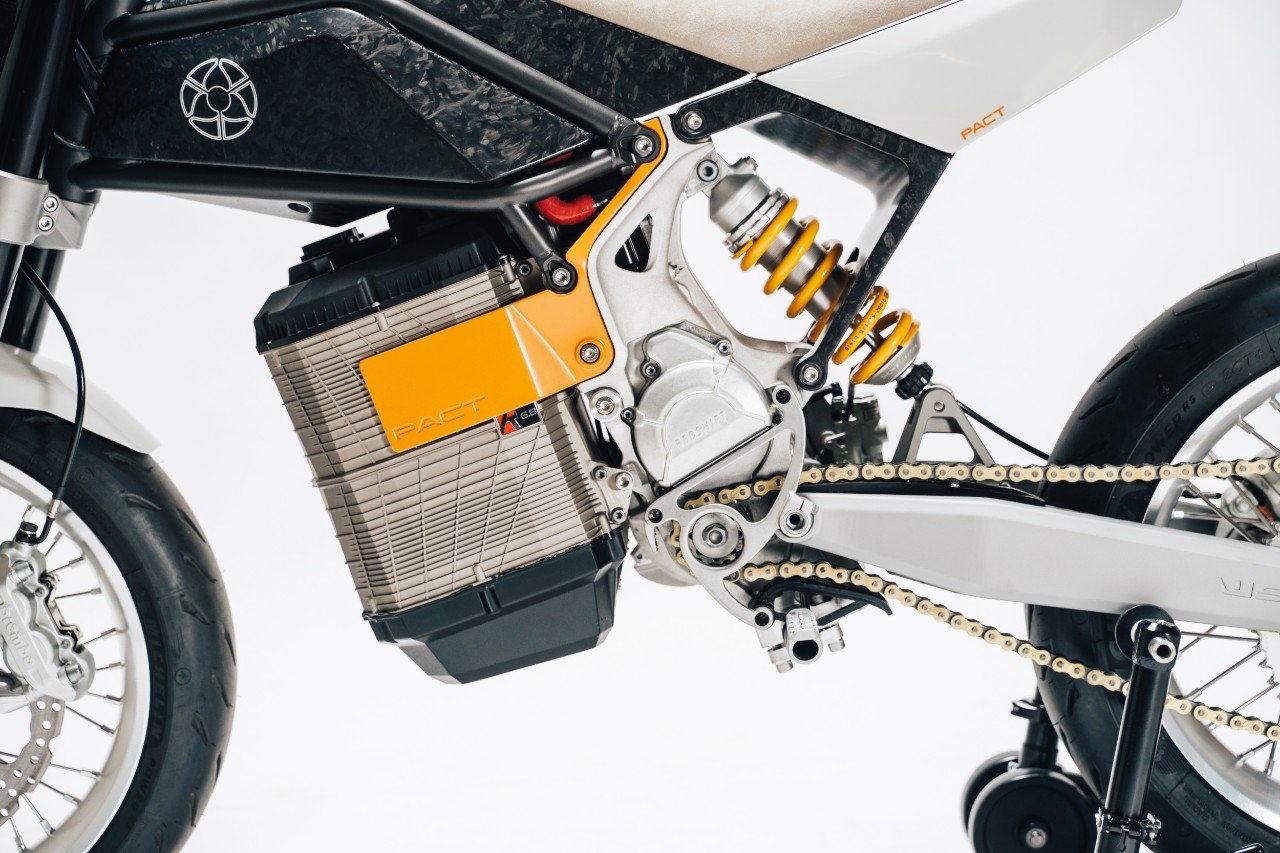 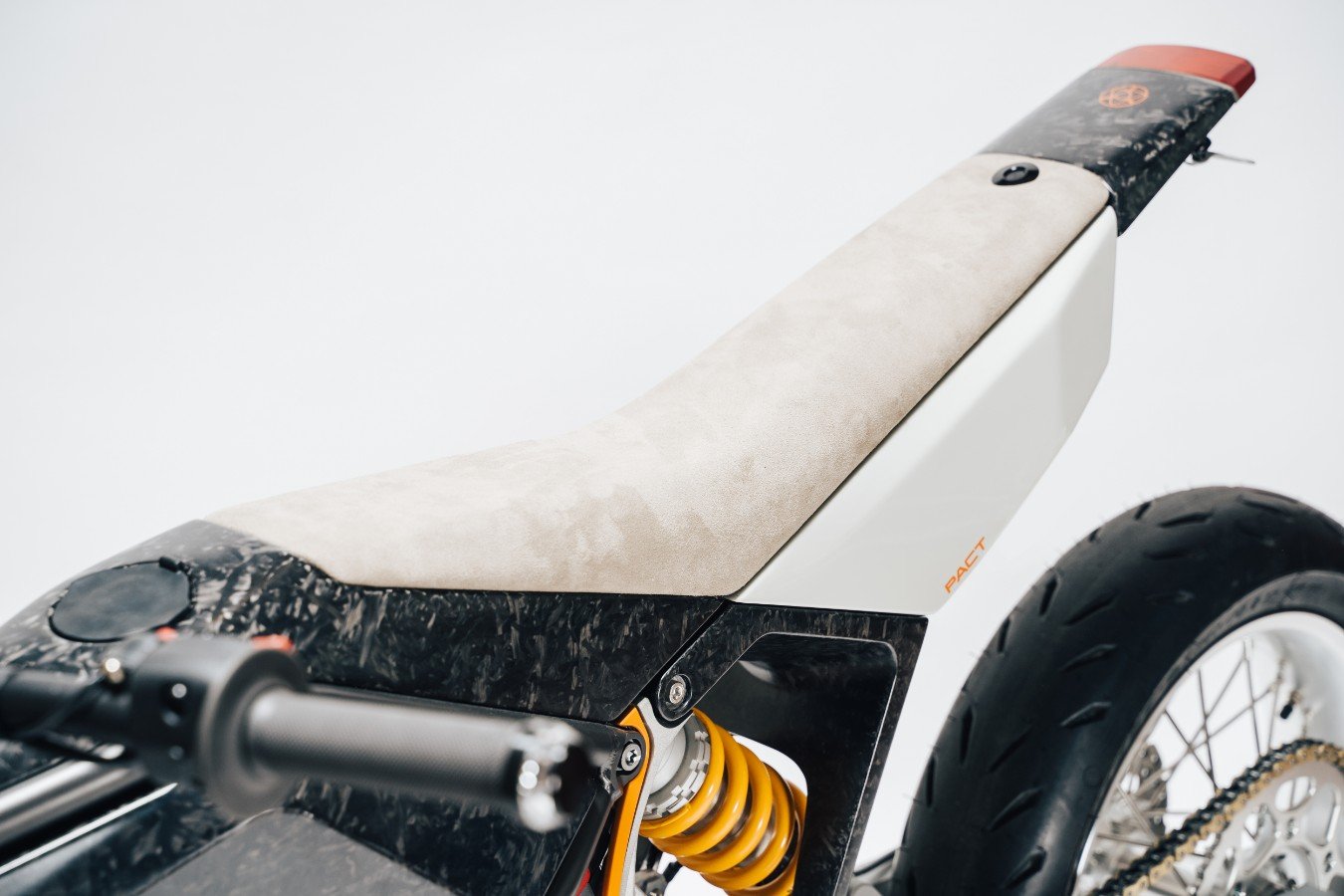 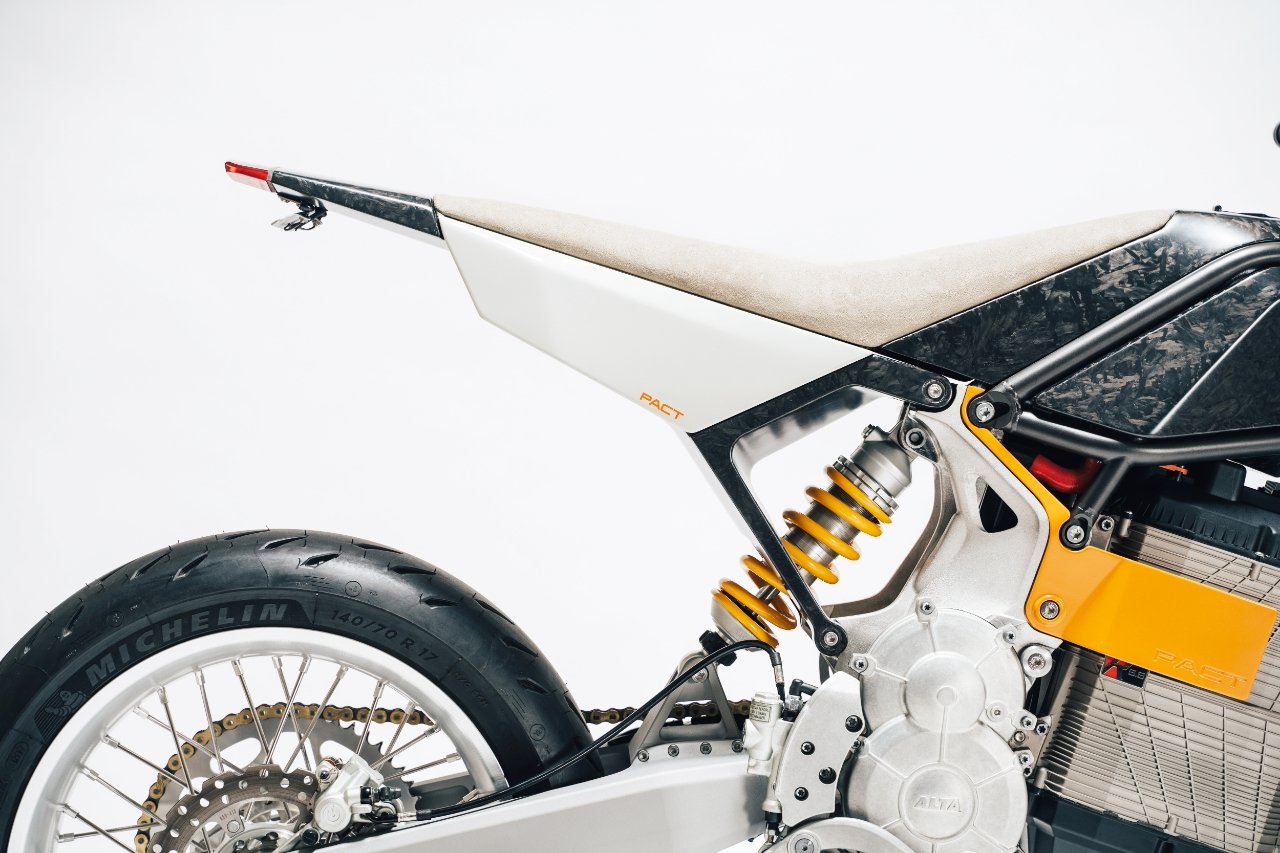 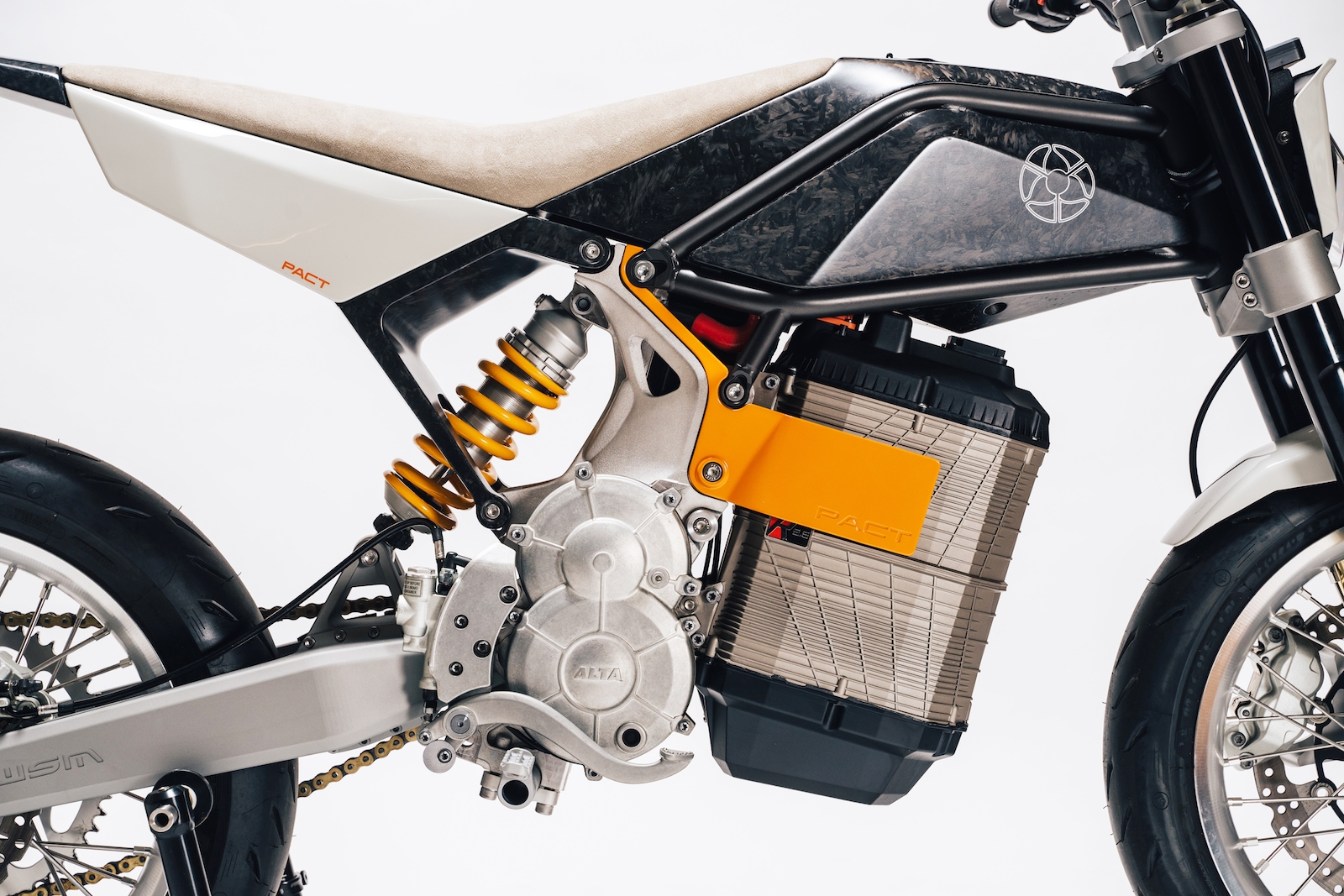 Mike Mayberry contacted me several years ago to commission a Bol d’Or. Soon after,  he placed an order for a Leggero, and since I involve my clients in the decision making about their builds, I got a chance to get to know him and found we have a lot in common. Mike is the founder of Ronin Motorcycles, which in my opinion represents the quintessential all American performance bike.

During a visit to his workshop in Denver, I had the chance to ride several electric motorcycles he owns. I was so impressed by the sensation, I decided that my next design challenge was an electric bike. I had already been thinking about building something smaller, something that represents the future, something with two wheels that many people have access to, even without a motorcycle license; maybe a moped or a scooter, something relatively affordable. Even before I test road Mike’s electric bikes, I had been interested in the e-motorcycle challenge: to create a machine that is devoid of all the familiar components that make up a combustion engine motorcycle.

Mike Mayberry is an industrial designer and I greatly admire his talent. I’ve enjoyed many conversations with him about design in general, and how it effects people, about motorcycle design, the motorcycle industry, and the future of two wheel transportation. I recognized in him the same urge to search for the right answers for good design by getting out of your comfort zone, and then when you arrive at that edge, making a better informed decision about what is best for the project. He also happens to be an absolute wiz with mechanical computer programs. Since I wanted to embrace the most current technology in designing an electric motorcycle, I asked him if he’d be interested in collaborating with me.

We thought it might be smarter to start with a donor bike, since we’re both very opinionated as designers, and we needed to see if we could work together long term before diving headlong into a ground up project that would include the development of a battery pack and an electric motor.

Using ALTA as the donor for its battery pack and sophisticated hardware/software was an obvious choice since ALTA achieved great success over the years as an electric bike company that was truly competitive against race bikes with combustion engines.

Both of us saw this as a possibility to design an electric bike that we would both want to own: An urban Enduro.

The key design decision that we made was to fully embrace the battery pack as the power source for the bike, instead of hiding it. We wanted to celebrate the essentials of the electric motorcycle. Mike and I agreed that our design aesthetic would resist the impulse to create novelty, designing something honest, user-friendly and durable, while using as few components as possible. So there is no mis-understanding of what this machine has been designed for: pure business. From the get go I wanted to design a modern looking machine, that is visually understood as E-Powered.

The key performance decisions: It had to be as light as possible, but stand up to rigorous use. It had to have precise handling and the correct ergonomics for optimum performance. We changed the dirt bike geometries by designing our own chrome moly frame, so Ohlins road bike forks could be used. We designed a structural carbon fiber subframe and carbon fiber bodywork. For the prototype standard woven carbon fiber sheets were used. For the remaining 8 bikes that are being built, the woven carbon fiber parts are being replaced with forged carbon components. This material not only lends the bike a modern feel, but it is also very strong.

In addition to the carbon fiber bodywork and frame, we also designed and produced triple trees, taillight, wheels, foot controls, and a new swing arm that helps achieve the geometries and handling that we were after. We had a tight deadline to finish the prototype for the Electric Revolution show at the Petersen Automotive Museum in LA, so it still has the donor bike swing arm. We had only three months to design and build the bike. I started by sketching the principal Gestalt of the bike in pencil, and then sharing that design with Mike in front of his computer over a weekend to create a principal computer model to work with. Most of my evening hours were spent sketching various options to share with Mike via text and emails and several hundred hours of phone calls 😉 He was left with the tedious task of converting my paper sketches to computer models. My lead tech, Aran, and I were left with the task of finding mechanical solutions for all the design elements. Plugs for the carbon fiber molds were machined out of urethane. Some of the components were 3D printed to check fitment and then turned into useable parts.

I think that electric bikes have a strong future. Young people especially always embrace the romance and fun of traveling on two wheels. Newcomers to two wheels don’t have the reference to combustion engines, therefore they won’t miss them.

E-power distills the riding experience. There is no sound other than the wind, which kind of translates to “I’m moving.” It’s the next best thing to flying. I feel like I enjoy riding even more because it happens in the silence. You’re not preoccupied by anything else but forward motion. Because of that it feels awesome. I feel like it even has the potential to make me a better rider, because I can fully concentrate on what the bike does underneath me. I think all of us wool and dyed motorcycle riders should at least try an e-power bike once, to form our own opinion. I’m fully aware that electric powered technology is not the final answer to our planet’s pollution problems, but I see it at least as a step in the right direction. We should all be coming together to help support the advancement of clean technology in whatever way we can. — Walt